Harvey T. Strosberg, Q.C. is counsel to Sutts, Strosberg LLP. He was called to the Ontario bar in 1971 and is also a member of the Alberta bar. He has been a Bencher of the Law Society of Upper Canada (Law Society of Ontario) for 14 years and is its past Treasurer (President). His practice is concentrated in civil litigation with his main focus on classaction proceedings. Mr. Strosberg was lead counsel for class members in all Provinces except British Columbia and Quebec in the 1986 – 1990 Hepatitis C class action against the Federal, Provincial and Territorial governments. In that action, a settlement was achieved and approximately $850,000,000 recovered for the members of his class action. He was also one of the lead counsel in the contaminated water class action against the Walkerton Public Utilities Commission, the Ontario government and others. Recently, Mr. Strosberg and others were appointed by the court as lead counsel in a class action concerning price-fixing by various vitamin manufacturers. He is also acting as lead counsel in a variety of other class actions, including actions against YBM Magnex International, Inc. and Via Rail Canada, Inc.. Mr. Strosberg has extensive trial experience in the areas of negligence, personal injury, product liability, insurance law, commercial disputes and class actions, and serves as editor of The Canadian Class Action Review. Heather Rumble Peterson .is an associate partner in the law firm Sutts, Strosberg LLP. She was called to the bar in Ontario in 1985. She practices exclusively in the field of civil litigation with a focus on class action proceedings. Ms. Peterson has acted as counsel in a variety of class action proceedings and successfully pursued class action litigation against the Federal, Provincial and Territorial governments and Canadian and multi-national corporations. She continues to play a key role in the set-up and oversight of the administration of the 1986 – 1990 Hepatitis C Class Action Settlement Fund and the Walkerton Compensation Plan. She has broad experience in the areas of negligence, personal injury, medical malpractice, products liability, insurance law, commercial disputes and class actions. 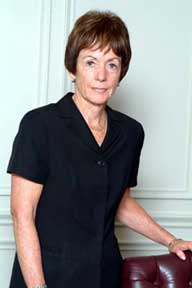 Patricia A. Speight received her LL.B from the University of Windsor in 1984 and was called to the bar in Ontario in 1986. She has a Ph.D in physics from the University of Toronto and did postdoctoral research in biophysics at the University of Oxford. After her call to the bar, she practised exclusively in civil litigation with emphasis on negligence, personal injury and insurance matters. Dr. Speight’s practice is now concentrated in class action litigation. She was a member of the plaintiffs’ counsel group in the successfully resolved Hepatitis C, Walkerton and YBM class actions, and is currently involved in the prosecution of class actions against Bre-X, Manulife and Johnson & Johnson, among others.